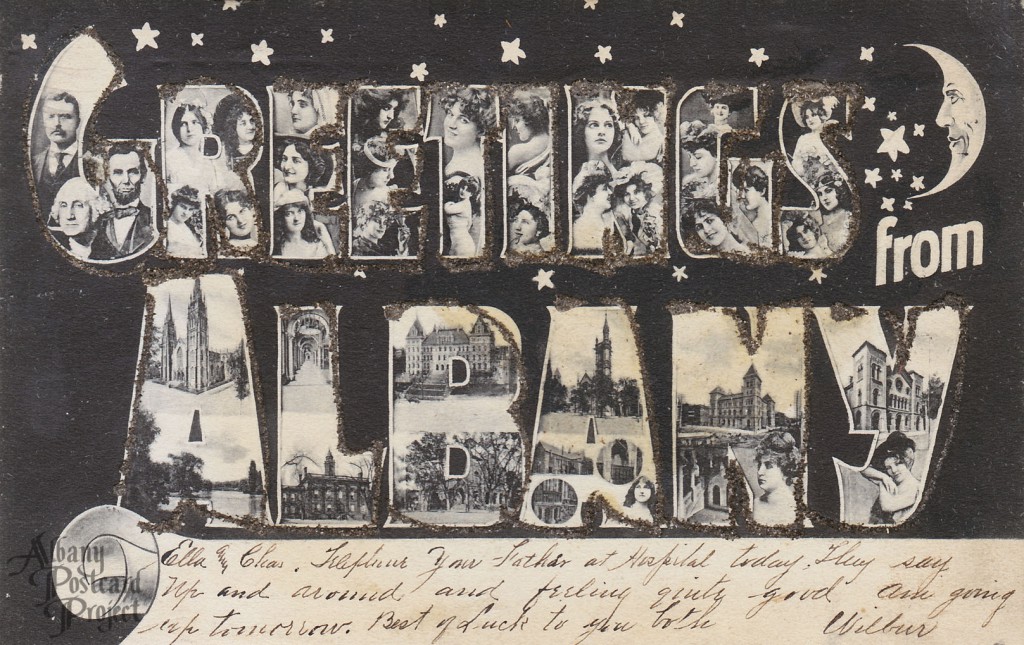 Postmark Date: August 2, 1906
Mailed to: 225 Green Street, Schenectady
Mailed from: Albany
Note: Ella & Chas. Telephone your father at hospital today. They say up and around and feeling quite good. Am going up tomorrow. Best of luck to you both.
Wilbur