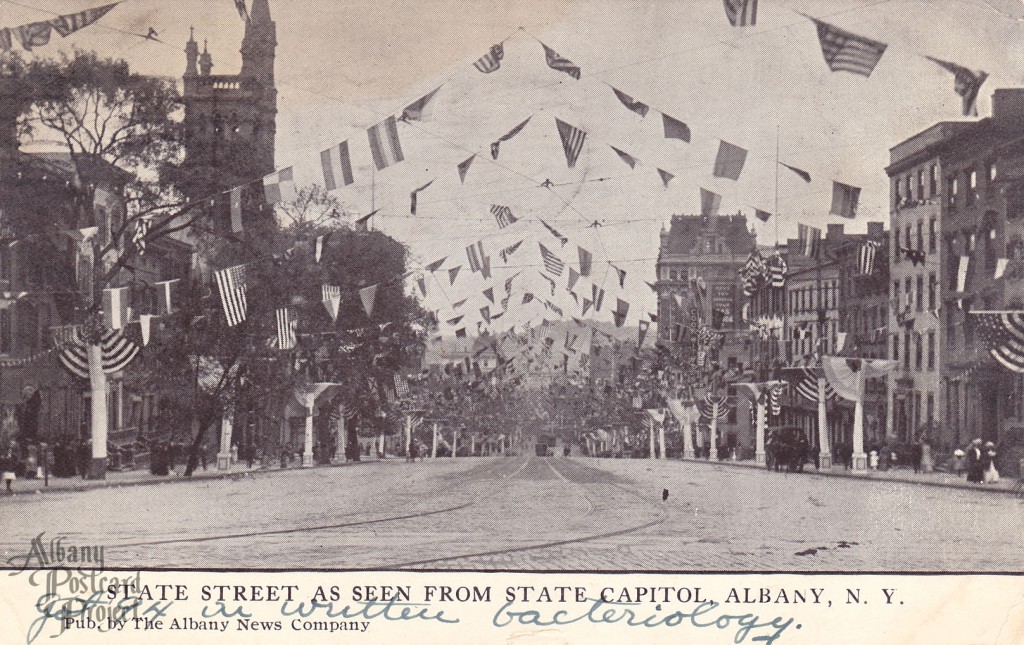 Postmark Date: November 10, 1909
Mailed to: 139 Broad Street, Catskill
Mailed from: Albany
Front Note: Got a 94 in written bacteriology
Back Note: It looks like a big night to-night. Got both boxes and were in fine shape. Thanks for kind remembrance. Will have lemonade etc, etc.
Will