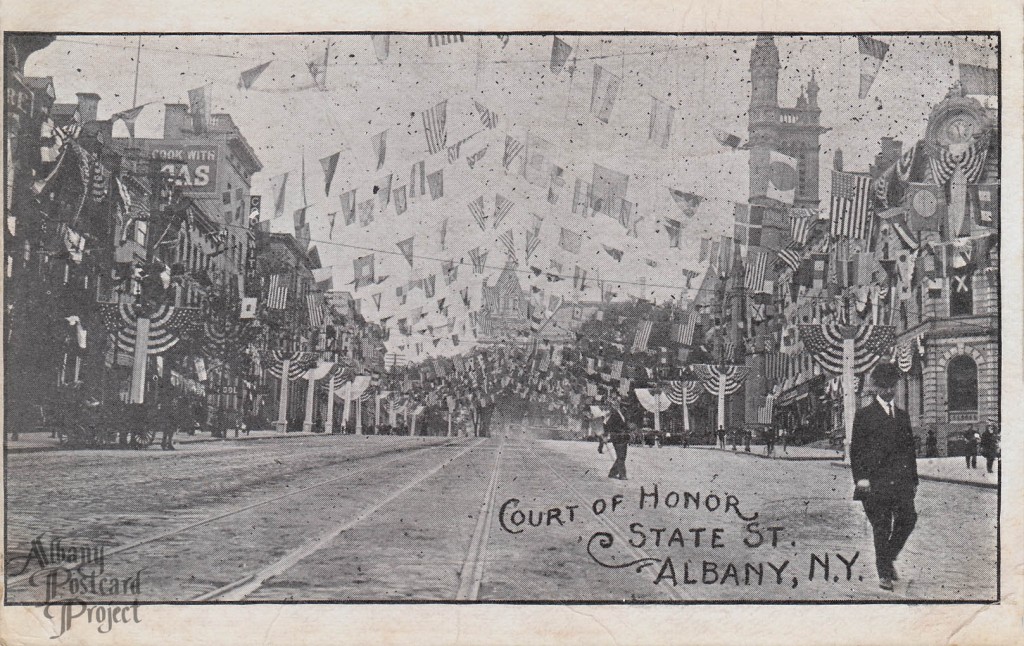 What Exactly was a “Court of Honor?”
From the Albany Evening Journal, Wednesday, August, 11, 1909 (Excerpt)
————-
Detail of Final Program Adopted
Fraternal Parade at Night Made a New Feature of Hudson-Fulton Celebration
Will Convert State Street into Big Court of Honor

Other Features
Decorative and illuminative features will include a Hudson-Fulton welcome arch at Riverside park, strangers’ welcome arch at Union station, court of honor on State street from Broadway to Eagle street; illumination of Westerlo street from Pearl street to Riverside park and the decorating of Pearl street from Clinton avenue to Westerlo street and Broadway from State street to the Union station.