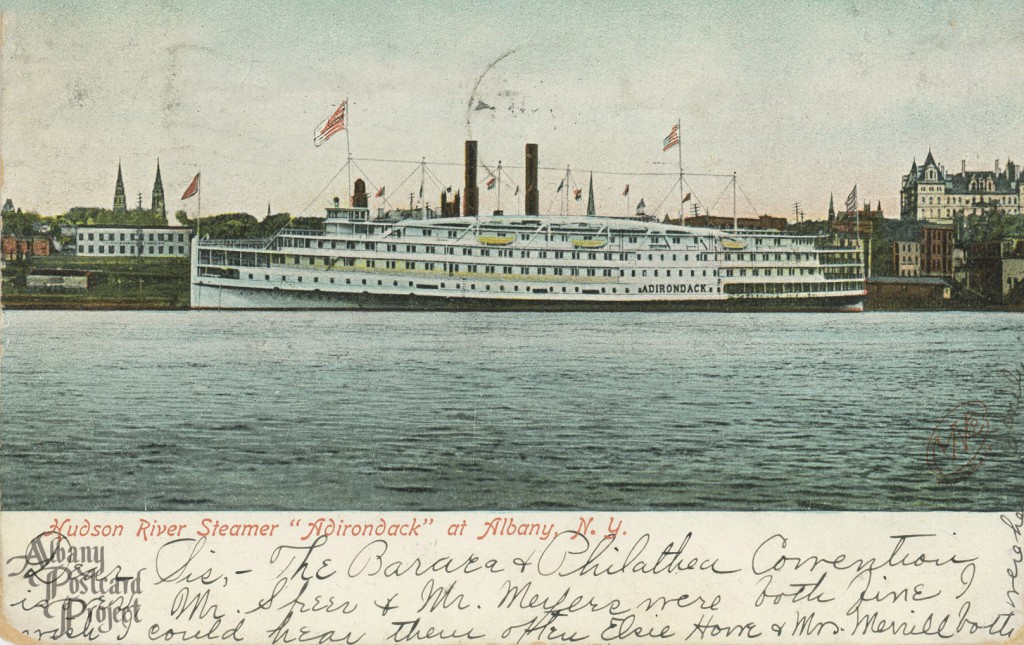 Postmark Date: May 12, 1906
Mailed to: East Northfield, Massachussetts
Mailed from: Albany
Note: Dear Sis,- The Barara & Philathea Convention is over. Mr. Steer & Mr Meifere were both fine I wish I could hear them often. Elsie Howe & Mrs. Merrill both were here as well.