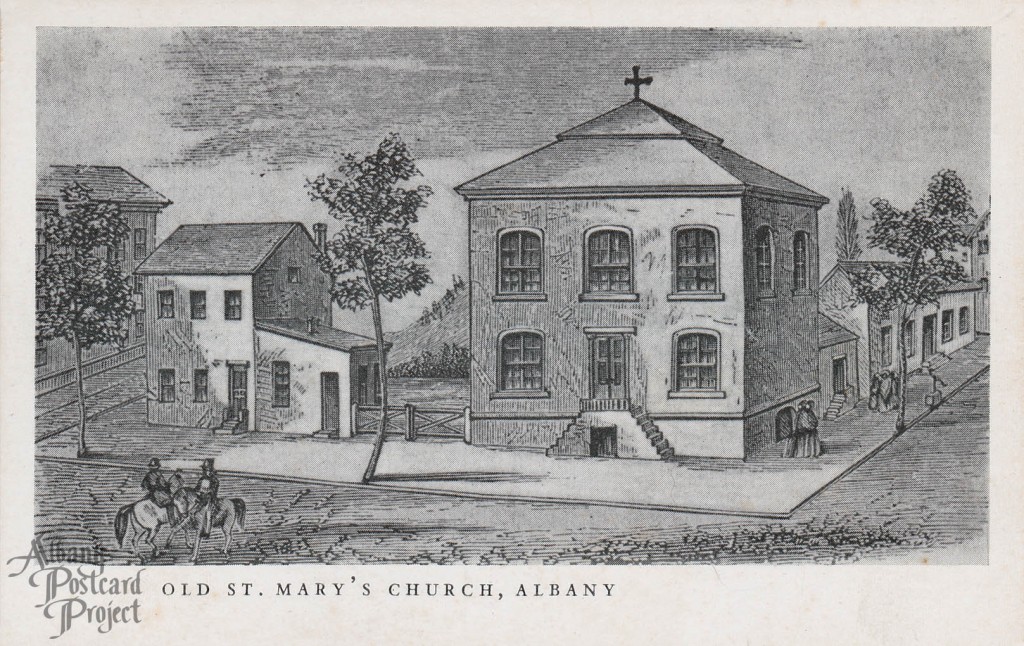 Postmark Date: Not Mailed
Mailed to: N/A
Mailed from: N/A
Note: N/A
Postcard Notes: St. Mary’s from an early print which reconstructed its original appearance. The  Church stood on its present site on Lodge Street on land donated by the city and the building was erected in 1796 by donations from Catholics and Protestants alike.